Driving home from work, I caught sight of a rather unusual car: a Toyota Paseo convertible. I couldn’t recall ever having seen one before.

The U.S. auto market is among the most competitive you will find anywhere in the world. Throughout the age of the automobile, there have been many cars which were notorious for their failure in the market. The Ford Edsel, Chevrolet Corvair, the Ford Pinto, the Yugo, and even the DeLorean DMC-12 became famous for their lackluster sales. These names are known to those who are not automotive enthusiasts.

But for every widely-publicized flop into the North American car market, there are many more cars which sell poorly and disappear from dealerships without anyone even noticing. Cars like the Lexus ES250, Peugeot 405, and the Chrysler TC by Maserati for example.

Today I present another one of these low-production import cars: the Mitsubishi Diamante VR-X. END_OF_DOCUMENT_TOKEN_TO_BE_REPLACED

Welcome to Not Sold Here, the series where we look at interesting cars which were never sold in the United States market, but have made their way to American soil. Today’s feature car is a 1990 Toyota Sera, a sporty, compact car from Japan. About 15,941 vehicles were produced during the five year production run from 1990 through 1995. All models were equipped with a 1.5L engine producing 110 horsepower and 98 ft-lbs of torque, with either a 4-speed automatic or 5-speed manual available. The Sera is noted for its numerous unusual features and options.

The most prominent feature of the Sera is its butterfly hinge doors, which open outward and upward instead of in the conventional fashion. Gordon Murray, designer of the legendary McLaren F1, credited the Sera as his inspiration for the F1’s similar styled butterfly doors. The three-door hatchback has seating for four, though the backseat is quite small.

Another unusual feature of this particular Sera is its paint color. The car was offered in 11 different colors. There were of course standard colors such as black, gray, red, and blue, but there were also less traditional colors like turquoise blue, burnt orange, and greenish yellow, which is what this car has. I really couldn’t imagine a color like this selling well in the U.S. market.

END_OF_DOCUMENT_TOKEN_TO_BE_REPLACED

This is something that has been bothering me for a while now.

For those of you who aren’t privy to all the (not so) new shit, I’ll fill you in real quick: The “VIP Style” story goes that sometime in the 90s, Japanese gangsters drove around town, showing off in expensive German cars but then gradually started getting tired of being identified as gang members by cops and rival gangs. So, they decided they would be much less noticeable if they drove around in Japanese luxury cars instead. END_OF_DOCUMENT_TOKEN_TO_BE_REPLACED

I know it’s not what they are, but at first glance doesn’t it kinda look like he made a design out of stick on wheel balancing weights? I hate that. 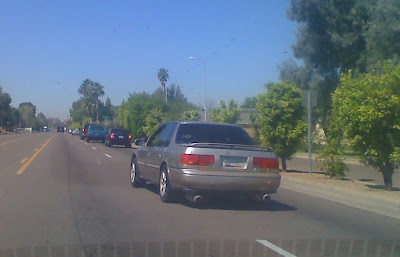 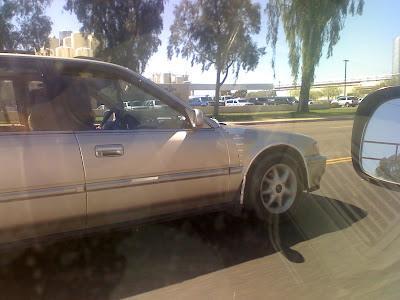 90-94 Toyota Tercel coupe still out there doing it

Not many S10s around that aren't beat to piss. #s1

Mustang Mach E spotted in the wild! Seen on the 10

Couldn't find much information about this funky 19

You'll truly be riding with the king in this 1978

This 1980 Ford Mustang McLaren M81 might be the ul